Written by Squirrel on 9th October 2019

Joining the ranks at Sliptrick Records this week:

The group is led by Helena who was born in Kostroma, Russia. She started playing guitar at 15 and took the next 5 years learning to understand her music and discover the talent to create music in her own style. Helena is joined by vocalist Vera Moore who also writes the text for the songs and Stasy Short who plays classical guitar and is also fond of playing bass guitar and synthesizer.

Helena Aleksandre’s music combines several styles. There is no framework for the compositions and the music specifically tries to avoid copying anyone. In any song, you may find a lot of non-recurring moments, which makes each song interesting and makes you want to listen to it several times. Influences include Ritchie Blackmore’s Rainbow and Kipelov while the sound has elements of folk, metal and progressive hard rock.

The all female line-up was created a year ago in 2018 with the band accumulated tracks ready for their debut album due to be released worldwide via Sliptrick Records. 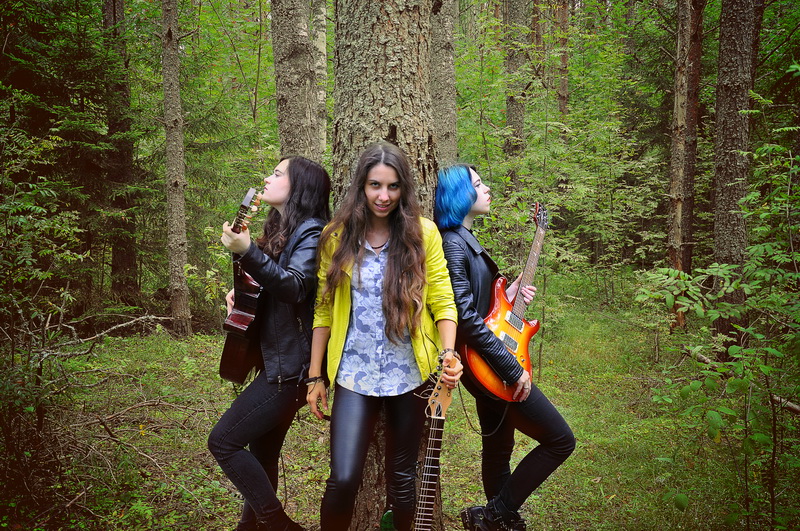 John Small & Heidi Braunschweig (now Small) met in 1999 when John moved to Iowa to help launch a new radio station. They married in 2000 & have two kids (Troy & Taylor)  and two dogs (Mandy & Miley), and play the best Mash Up of Rock and Metal to get your morning hot rockin' with Sky News Bulletins on the hour!This radio show began in 2010. It's unusual to have a MARRIED COUPLE on the radio. Each program has fun info that will inform and hopefully entertain you. Each day we feature a Quote of the Day, Word of the Day, and silly segments like "Golf Course or Rehab Center", "Fake News or Florida", "Weird News", 'Moment of Duh", 'Scoop of The Day"  & more!

DARK FORTRESS RELEASE NEW SINGLE “THE SPIDER IN THE WEB”