Written by JayRock on 6th September 2019

“Their best LP yet!” – Alternative Press
“Sleeping With Sirens have produced some of their finest work to date” – Kerrang!
“The record in and of itself marks a new era” Upset

The wait is over! ‘How It Feels To Be Lost’, the highly anticipated, sixth studio album from gold certified band, Sleeping With Sirens is out now on Sumerian Records. Available here

As if the release of the new album wasn’t enough, Sleeping With Sirens have also dropped their brand new music video for the album’s title track. Watch ‘How It Feels To Be Lost’ here and below and listen to it on Spotify’s ‘New Music Friday’ playlist.

‘How It Feels To Be Lost’ has been heralded as a major return to the band’s earlier, heavier form. The band have released 3 tracks from the record so far, ‘Leave It All Behind’, ‘Break Me Down’ and ‘Agree To Disagree’. Combined, these tracks have clocked up over 6 million streams on Spotify, 3.3 million views on Youtube and have been featured on flagship streaming playlists including Spotify’s ‘Rock This’ and ‘New Core’, Amazon Music’s ‘Rock Scene’ as well as being included on Apple Music’s ‘Breaking Hard Rock’, Spotify’s ‘New Music Friday‘ & ‘Kickass Metal’ and Deezer’s ‘Heavy New Rock’.

Early reviews from the press have been unanimously positive with Alternative Press stating “Sleeping With Sirens aren’t the band you remember: they’re better” and claiming that ‘How It Feels To Be Lost’ is “their best LP yet”. Loudwire say “every song on How It Feels to Be Lost, beginning with the opening track and first single, “Leave It All Behind,” contains as much aggressiveness as it does melody and vulnerability” and both Kerrang! and Upset call the album “a return to form” with Kerrang! enthusing ‘“Sleeping With Sirens have produced some of their finest work to date”.

Since emerging in 2010, Sleeping With Sirens have tested the boundaries of rock by walking a tightrope between pop, punk, metal, hardcore, electronic, acoustic, and even a little R&B. This high-wire balancing act attracted a faithful fan base known as “Strays,” generated global album sales in excess of 1.5 million, ignited over half-a-billion streams, and achieved a trio of gold-selling singles: “If I’m James Dean, You’re Audrey Hepburn,” “If You Can’t Hang,” and “Scene Two-Roger Rabbit.” They launched two albums—Feel and Madness—into the Top 15 of the Billboard Top 200. They have graced magazine covers around the globe having been featured on the cover of Alternative Press a whopping seven, soon to be eight, times when this month‘s issue drops next week.

Now, the band are wiping the slate clean and turning the page to the next chapter. Sleeping With Sirens re-center, recalibrate, and realign on their sixth full-length and first album for Sumerian Records, ‘How It Feels to Be Lost’, which was recorded at MDDN Studios in Los Angeles and produced by Zakk Cervini (Yungblud & Good Charlotte) and Matt Good (Asking Alexandria).

The band will be back in the UK in the Autumn for a headline tour: 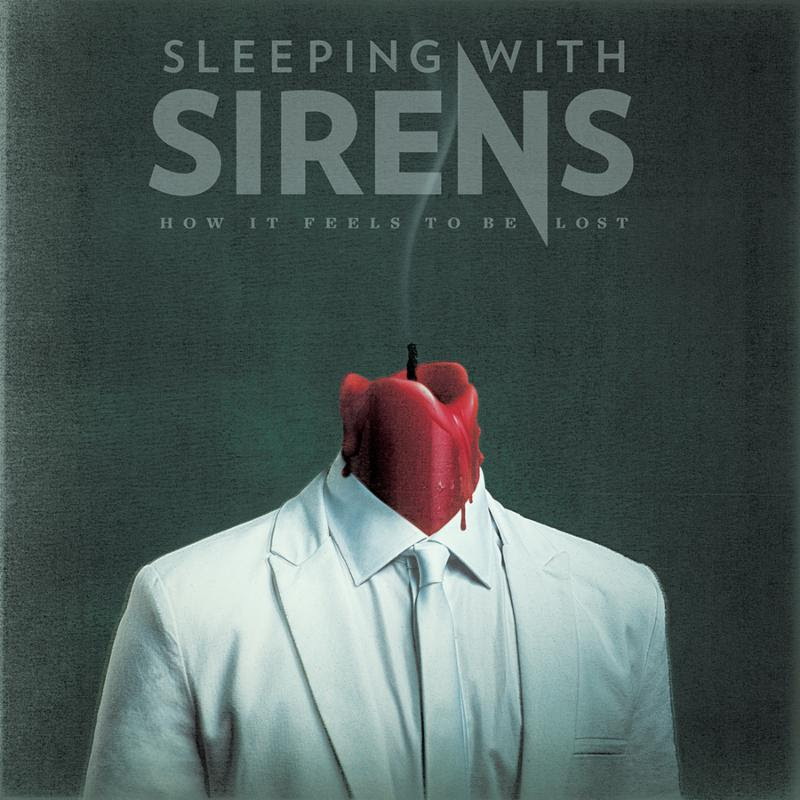