Written by Squirrel on 11th September 2019

Joining the ranks at Sliptrick Records this week:

Bethany Neville started creating music in 2017. At 17 she released her first 2 songs, One More Lie and Other Worldly. Her debut EP The Promise followed swiftly, coming out in 2017 along with 2 more albums The Devil’s Daughter and Paranoid Heart.

2018, found Bethany discovering a more personal sound and with this, she released a couple of EP’s with themes for the dates they were released including Dark Times for self injury awareness day and Sell Your Soul for Halloween. The year also saw the release of 2 more albums Anomaly and Escapism, Escapism being her best at that point, as she taught her self how to compose a lot better. Plus being more open about her issues lyrically.

She released another EP Poisonous System in early 2019 for Self Injury Awareness day before recording her newest project, Pandemonium, which will be released via Sliptrick Records. It seems as if all her past music releases were testing the waters before showing the world the culmination of everything she has learnt through her previous releases. Pandemonium has a theme of being an alien trapped on Earth who is confused about the way the world works and wanting to learn how to fit in …only to realize she doesn’t have to fit in.

Bethany is still only 20 and is currently working on getting her latest project out there, readying more material and performing regularly with her band (and solo). This girl has big dreams! 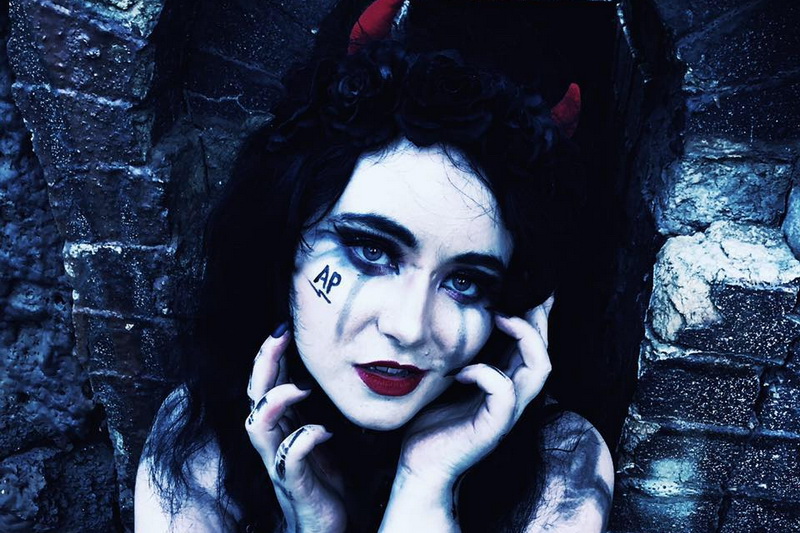