5 Not Widely Known Facts About John 5

Everyone knows John William Lowery (a.k.a. John 5) as a virtuoso session guitarist who played and collaborated with almost everyone.


Beside such bands as Marilyn Manson and Rob Zombie his portfolio includes collaborations with such big metal artists as Alice Cooper, David Lee Roth, Filter, Lita Ford, Paul Stanley, Rob Halford (2wo), Scorpions and Static-X. But aside from these milestones that he accomplished because of his highly respected professionalism there are a few things that even some of his loyal fans may not know.

1. He Always Likes Every Facebook Congratulation on his Birthday

Not many famous and successful acts and musicians gladden their fans with positive social-media feedback. And John 5 is one of the rare exceptions. Whether it is a stage or the internet John always expresses his feelings of appreciation to people that admire his work. He responds not only by posting live pictures from the city where he performed, but also by liking every single “Happy Birthday” message he receives at the day he was born. You can make reminder on 31th of July to send him wishes on The Official John 5 Page and see it for yourself.

2. He Plays Songs Exactly the Same way as They were Recorded

Some musicians prefer to play their songs slightly different from the way people remember their compositions. In spite of John’s ability to shred crazy solos he makes no riff changes when he plays it on stage. In his recent interview on the RocknRoll Beer Guy Podcast he made it clear that he leaves no room for improvisation when it he plays his personal songs or songs of others. During his conversation he shared with listeners why he approaches to do things this way:

3. His Running Makeup Effect is the the Result of Minor Accident

In the same interview John told the story of how his dripping effect on his face makeup started. It happened in 2003 during his days with Marilyn Manson, after band released their famous “Golden Age of Grotesque”. Back in those days he would always put his makeup by himself. But at the day of filming “mOBSCENE” that task was delegated to a personal stylist. John says:

“She got something in my eye and that’s how I have that dripping eye effect, because in that video my eye was just watering. The makeup was all running down. And if you watch the video the very little time you can see me I have my left eye shut… But that’s why I have that running makeup down. And so I always used it because it looked cool, you know? [laughs]”

The story makes sense. John 5 did not have ah blurry element in his makeup during the eras of “Mechanical Animals” and “Holy Wood (In the Shadow of the Valley of Death)”. It can be seen both on the pictures of live performances and music videos. 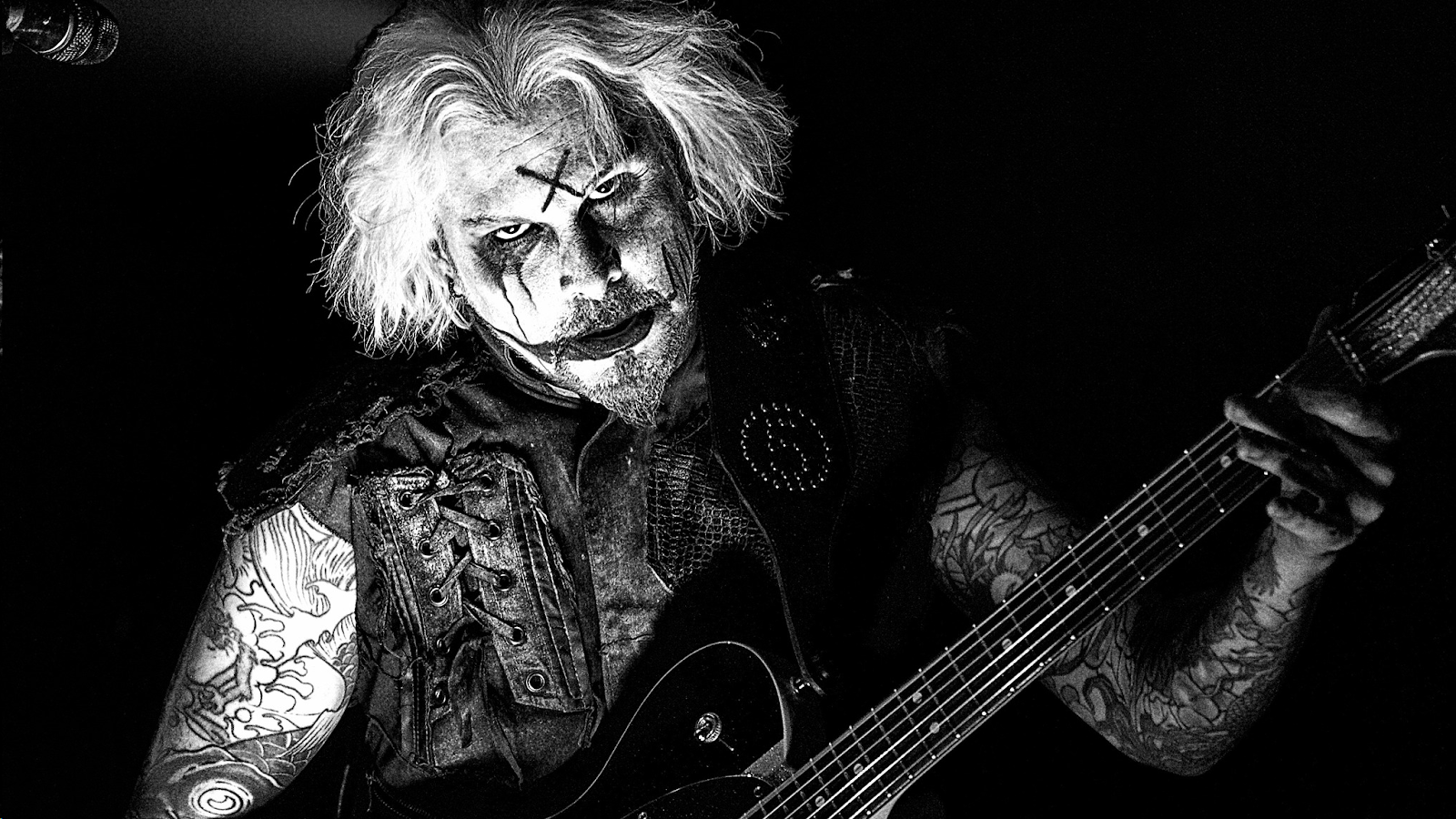 4. He never had issues with substances

Drugs and alcohol have played a huge impact on the distinctive sound and behavior of numerous bands and artists. But that cliché attribute has never been the option for John 5. Throughout 32 years of his career anytime he got asked about his relationships with alcohol the reporter would always received the same answer. In his interview to Eric Blair in 2012 he calmly explained to the listeners of the show why this lifestyle never attracted him:

“I just shy away from it. Even when I was a kid I would always look at things and think to myself ‘what benefit am I going to get from this?’ And I didn’t see any… I really think that’s maybe one of the reasons that I didn’t really hang around with Manson for that long, because I was so different”

Nevertheless, he is still in friends with Manson. In the same interview he continued “we didn’t leave on bad terms, and I think I’m the only person that didn’t end up suing him. We’re still friends” 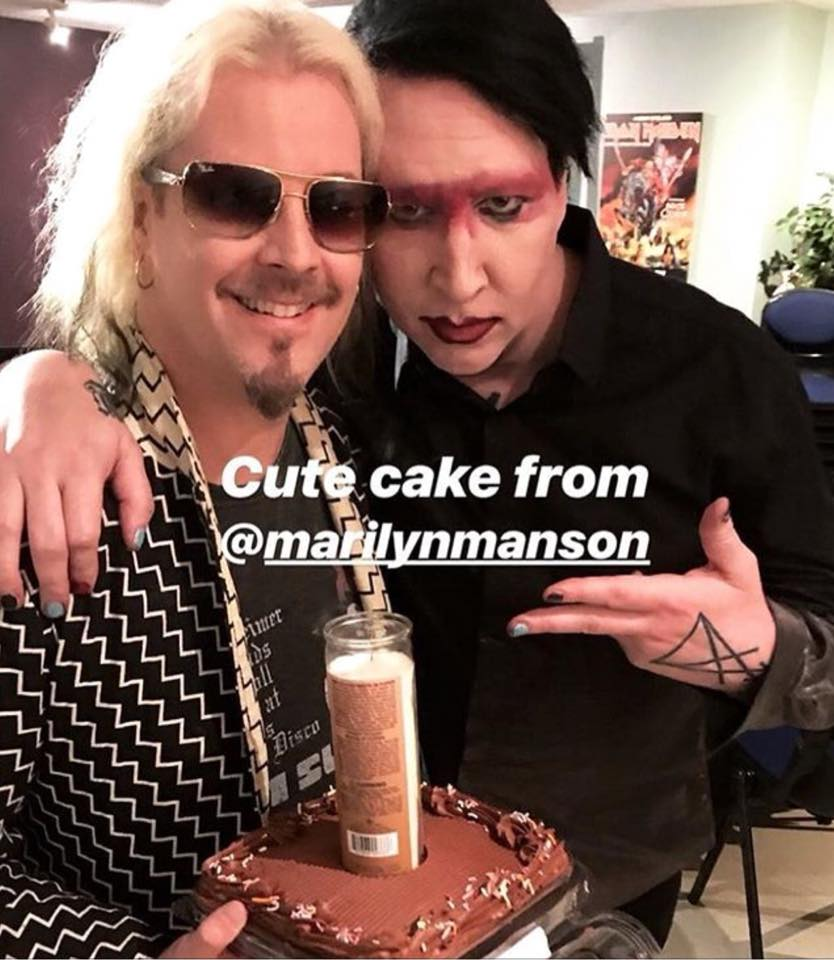 The unambiguous picture that exemplifies their friendship was posted posted in 2018 on the next day of his 47th birthday on his Facebook page. It was dated on Twins of Evil: The Second Coming Tour, that was co-headlined with Marilyn Manson and Rob Zombie. 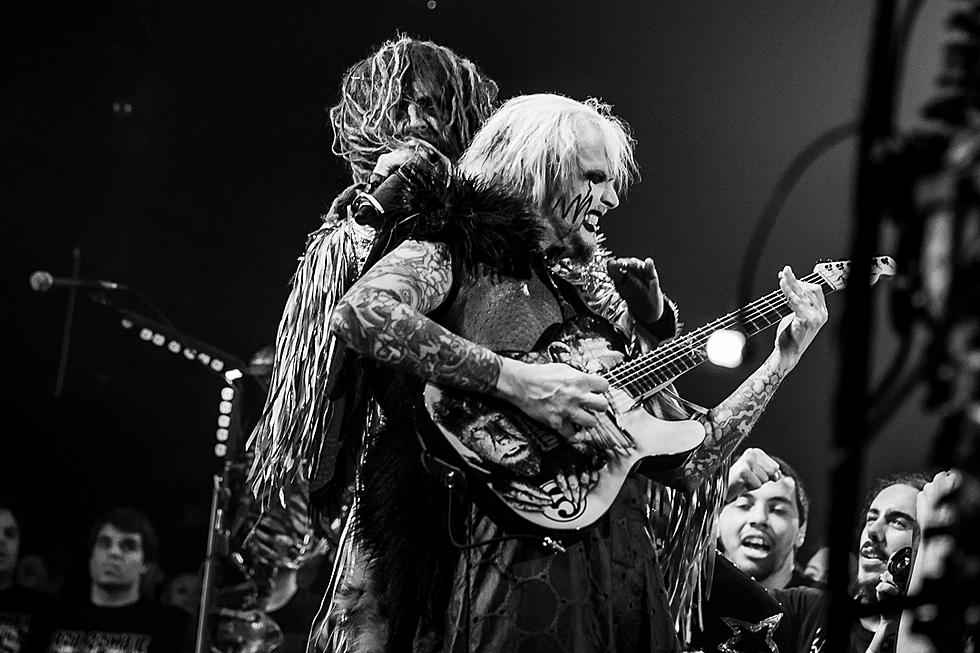 5. He Already Finished the Seventh Album with Rob Zombie

On the 27th of January John talked to an internet magazine Ultimate Guitar. When he was asked for update about Rob Zombie album, he replied the following:

“It is recorded, mixed, and mastered but I do not have a release date yet. With his scheduling, there’s so much going on.” He also described that upcoming Zombie record is “super heavy and really catchy.”

Currently John is busy with his solo project John 5 and The Creatures. In 2019 they have already released music videos for songs ZOINKS!, Crank It – Living With Ghosts and they have also released a teaser for the upcoming animated video for song “I Am John 5”. John’s solo tour dates as well as his shows with Rob Zombie are listed on his official website.

Zack Hargrove is a professional editor at that specializes on the programming help. Most of his topics are dedicated to music, rock scene and ways of strengthening your scientific curiosity. You can always find him on Twitter @zackhargrovejr.

Join Lauren every Wednesday as she shows you all the best that women in metal and rock have to offer!Metal needs feminism and Woman Crush Wednesday is here to bring representation to the metal scene, celebrating all the best bands with at least one female member or collaborator. Plus stay tuned for the last song of the show to find out who Lauren’s Woman Crush of the Week is!”Spread the word and tag the show #WCW  |  #WomanCrushWednesday  |  #MetalNeedsFeminism

What Role Does Music Play in Our Life?